hi guys, so before Bruno Mars was a well known guy he released his EP, and my favorite track was called, "somewhere in Brooklyn". And when I heard it I had so many visuals run through my head and saw the whole thing animated . It's a lil diddy all about a guy who's looking for a girl he met while waiting for a train. So alot of time went by and I decided I was finally going to board it out and animate...yes...animate :) A few weeks later i saw the short "paperman" in front of, "Wreck it Ralph".  Which happened to be about a guy who meets a girl while waiting for a train :/ lol.  So I didnt get to far into the project but here are the rough sketches of the girl Bruno was looking for, and of course Bruno's song. Take a look, take a listen, smile and I'll see ya next week :) 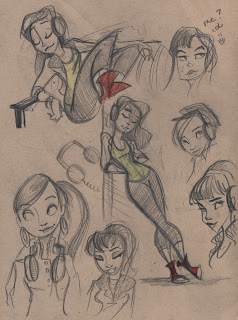 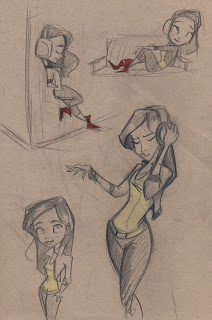 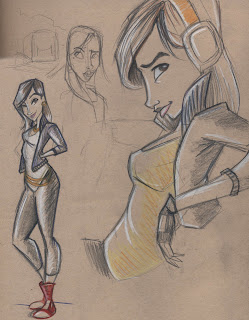 art of adolph soliz
Hellooooo, here you will find the sketches, random doodles, finished works and inspiratons of a dreamer who loves traditional animation hoping to someday do it for a living. Freelance work or questions: adolphsoliz82@gmail.com P.S ALL WORK IS COPYRIGHTED NO STEALING OR ALTERING OF IMAGES